Run your lives by the Spirit. Then you will not do what your old nature wants.
Galatians 5:16 Jewish New Testament

When we walk in the Spirit, the Lord creates in us the fruits and gifts of His character – we become virtuous persons. What a wonderful word virtue is; what a wonderful epithet to have – that of being a virtuous person. And in union with Christ, we can all be that. The biblical texts above were penned by St. Paul, one who before his conversion put Christians to death; yet, he who considered himself to have been the “chiefest of sinners” became one of the greatest men in history. A man full of Christ, full of virtue.

Most moderns have to ask themselves what exactly is this thing called virtue. Well, first of all it is a quality and C. S. Lewis helps us understand this:

1) We might think that, provided you did the right thing, it did not matter how or why you did it….But the truth is that right actions done for the wrong reason do not help to build the internal quality or character called a “virtue,” and it is this quality or character that really matters.
2) We might think that God wanted simply obedience to a set of rules: whereas He really wants people of a particular sort. [See St. Paul’s words above about perverting Torah into legalism.]
3) We might think that the “virtues” were necessary only for this present life….The point is not that God will refuse you admission to His eternal world if you have not got certain qualities of character: the point is that if people have not got at least the beginnings of those qualities inside them then no possible external conditions could make them happy with the deep, strong, unshakable kind of happiness God intends for us. 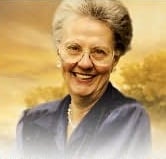