Leanne Payne, made an extraordinary contribution to the ministry of healing prayer through over forty years of service and leadership. Called a “great soldier for Christ” by the philosopher Dallas Willard, she founded Pastoral Care Ministries, dedicated to teaching, healing, and growth in Christian maturity. She wrote seven books that continue in print in English and in 12 other language translations. 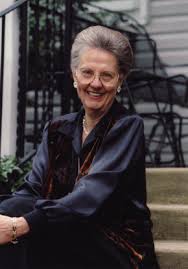 Leanne Payne was born during the Great Depression on June 26, 1932, in Omaha, Nebraska, the elder daughter of Robert and Forrest Mabrey. Times were hard and became even more difficult when her father died when she was three years old. Her mother moved with Leanne and her younger sister to Little Rock, Arkansas, to live with family.

Leanne’s early adult life was shaped by several impulsive and painful choices that ultimately brought her to a place of deep repentance. At the end of herself by her mid-twenties, she underwent a full and lasting conversion to Christ, stepping firmly onto the path of obedience to God.

In 1963 Mrs. Payne became the dorm mother at Wheaton Academy, beginning her forty-plus-year association with Wheaton, Illinois, and its legacy of great evangelical leaders such as R. A. Torrey, F. B. Meyer, and Dwight Moody. A year later she joined the prayer circle of Fr. Richard Winkler, considered the grandfather of the charismatic renewal movement. In 1965 while working for Wheaton College, she enrolled as a student and thus began her formal education. From 1965 to 1974 she studied at both Wheaton and University of Arkansas, earning a BA and two MA degrees.

During the next several years she wrote her first book, Real Presence: The Christian Worldview of C. S. Lewis as Incarnational Reality, taught at Wheaton College, and assisted Dr. Clyde Kilby, the visionary who established the C. S. Lewis literary collection at Wheaton College (today’s Marion E. Wade Center). She catalogued the letters of C. S. Lewis while sitting at his desk and benefitted richly from Lewis and the mentoring by Dr. Kilby.

Fr. Winkler introduced her to the healing-prayer ministry of Agnes Sanford in 1973, and Leanne was soon serving with Mrs. Sanford in her Schools of Pastoral Care. By 1976 she was ministering full time through writing and healing prayer. She moved to Milwaukee, Wisconsin, in 1978 and served as a research fellow under Henri Nouwen at Yale Divinity School in 1981. This year also saw the much-celebrated publication of The Broken Image.

In 1982 she incorporated Pastoral Care Ministries with the guidance of friends experienced in business matters. The establishment of this ministry structure brought order, and Leanne flourished in generative creativity. From this time onward, she provided pastoral care through prayer and counselling mainly at the week-long PCM schools conducted throughout North America, Europe, Hawaii, and Australia. She published five more books in the years that followed: Crisis in Masculinity, The Healing Presence, Restoring the Christian Soul, Listening Prayer, and finally in 2008 her spiritual autobiography. Dr. Donald Bloesch said of Heaven’s Calling, “It poignantly shows how the author has been mightily used by the Spirit of God to spearhead a ministry of renewal and celebration.” In 2009, Ministries of Pastoral Care was founded with Leanne’s blessing, which has allowed pastoral care schools to continue beyond her retirement and to this day.

Leanne was known for her deep devotion to God, her profound thought, her writing about “incarnational reality” – how God dwells in his people – and for the way the triune God would respond mightily to her prayer, “Come, Holy Spirit.” She shared the winsome character of her mentors Dr. Kilby and Agnes Sanford, the “eternal child,” delighting always in creation whether it be a squirrel, a perfectly formed flower, or a man or woman made in the image of God.