A mighty Cross: a testimony of freedom from terror

An MPC attendee graciously shared this testimony of His healing work in her soul.  She hopes that others may also receive healing by hearing her story, particularly given the recent violence that has devastated our brothers and sisters in New Zealand.

Thank you very much for preparing a retreat in the Lent season. It really helped me focus on God and search my heart. The experience I would like to share is about my last few minutes in the last session 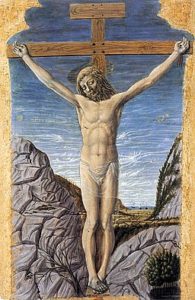 (healing of the memories) and Eucharistic service.

When I was about to leave the last session, all of a sudden, it pop up the memory of the June 4th massacre (Tiananmen Square Massacre) in Beijing in 1989. I was born and raised in Hong Kong. By that time, Hong Kong had been arranged to return back to mainland China. The people in Hong Kong were very worried and so followed the student movement closely which started in mid-April, 1989. We hoped that it was a chance for mainland China to be more democratic.

I was 18, a college student, and quickly identified myself into this student movement. I read the news every day. It was very likely that I would have joined the movement if I had lived in China. After enforcing martial law in Beijing, the news in Hong Kong was almost about the movement all the time. We were soaked into the worry. Since June 4th, we were shocked by how a government could send troops to kill the innocent students and by how they cleaned up the evidence professionally. It was a collective painful memory to the people in Hong Kong, especially to that generation.

I came to the US in the following year and accepted Christ in three months. The people in Hong Kong still keep annual memorial events. My tears still dropped when I saw the news about the memorial events. This year is the 30th anniversary of the massacre. I am very proud of the people in Hong Kong who have the courage to stand the ground for justice even after returning back to mainland China.

During the Eucharistic service, it mentioned,

“The Lamb who was offered for us has taken away the sin of the world.”

My tears just came out. I have never associated the quote with the sin done by the Chinese government to its people before. It will take some time for me to unpack my pain to God about this.

What a gracious God, who touched this place so wounded by evil with His healing power!  The words of the liturgy came to life for this dear one, and now she desires the same for her brothers and sisters. We know that the Lord will tend to her soul intimately and tenderly, as she takes time to share her sorrow with Him and receive full cleansing and healing.  Truly, no act of evil is too great, no human grasp of power too mighty, that the blood of Christ cannot free us from terror and restore the supernatural gift of hope.  Let us look and see such a mighty Cross!  Praise God, praise His name now and forever!