The Real Self: Becoming in Christ 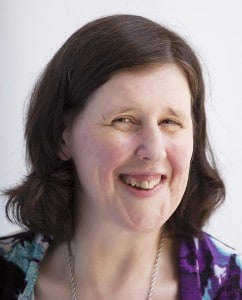 Woody Allen’s movie Zelig portrays a character Leonard Zelig whose need for approval is so great that he adopts the identities of those around him. He adopts their attitudes and perspectives while minimizing his true self in an attempt to fit in. Psychiatrist Harry Karlinsky, professor of clinical psychiatry, University of British Columbia, notes that Zelig had forty-four “transformations” in the movie.

Of course, Zelig’s “true self” is not the real self that Christ encourages us to grow into. The real self is the divine image of Christ in us that emerges as we partake of the incarnational reality of Christ living within us. As Leanne Payne writes in Real Presence, “By the principle of the incarnation, the Highest is transposed into the lowest and man finds himself resurrected in every faculty of his being. This is the true, the whole self” (p. 75).

Our false selves fail to live out of our true center in Christ. Instead, we live out of the unaffirmed hurting little boy or girl or out of the self-pitying self and other illusory selves. C. S. Lewis paints a picture of the false self through the ghostlike characters in The Great Divorce who fail to become real. In chapter 11, Sarah Smith of Golders Green meets two ghosts, a dwarf and a tall Tragedian. The dwarf is all that is left of Frank, the real self, who was Sarah’s husband on earth. When Sarah tells the Tragedian that she does not need him anymore he exclaims, “Would to Gud [God] I had seen her lying dead at my feet before I heard those words” (p. 111). The Tragedian, or false codependent self, needs to be needed so much that he cannot exist without being needed. Sarah, a picture of the real self in union with God and no longer enslaved to her own sin and brokenness, lives in the fullness of her true center, because she lives in “Love Himself.” How many of us can live from the true center?

Lacking a true center in Christ, the false self is entirely self-centered and focuses on its own needs. Leanne Payne gives us a great example of such a false self as she writes about Charles Williams’s character Wentworth in the novel Descent into Hell. Wentworth lives in an illusory world populated by fantasies. As he loosens his grip on the real world, he descends further and further into the hell of the false narcissistic self, and like the Tragedian in The Great Divorce, his real self becomes smaller and smaller.

Christ calls us to become. C.S. Lewis writes in Beyond Personality about the transformation that happens when we choose to become. “He meant what He said. Those who put themselves in His hands will become perfect, as He is perfect–in love, wisdom, joy, beauty, and immortality” (p. 50). Our real selves then will reflect the image of God as we put ourselves in  His hands.

My husband, Doug, and I have watched in awe and wonder as one young man, “Josh,” that we have been praying with is being transformed into his real self. Josh’s addictions and diseased fantasy life are some of the most severe that we have ever encountered. Through what Leanne Payne calls “radical repentance,” renunciation of the idol god Baal and confession of sin, the diseased fantasy lives and illusory worlds Josh had created began to lose their grip on his soul. His deep emotional pain and abandonment wounds began to surface, and he began to see how he had manipulated others, seeking their approval, love, and affirmation.

As he repented his healing has progressed. Josh’s imagination was cleansed and began to be filled with images of the holy, of glory, and beauty instead of the vile pornographic images that had at one time filled the empty center in his soul, forming a false sense of being. Through healing prayer he was given the power to see truth, and as Leanne Payne writes in The Healing Presence, “the power to recognize and hate the delusion-and to walk away from it and into his “true center” (p. 84).

Josh’s healing journey has not been easy, but his willingness to obey and follow Christ in the path of repentance is bringing him out of the dark, illusory world and into the glory of redemption. His false selves are being revealed as he practices the presence, and he is being transformed from “glory to glory” (2 Cor. 3:18).

As we take the healing journey and our real selves emerge, Christ, promising us heavenly aid, will never leave our side. As the bright spirits sang to Sarah of Golders Green in The Great Divorce:

Falsehood tricked out as truths assail her in vain: she sees through the lie as it were glass. . . .
He details immortal gods to attend her: upon every road where she must travel.
They take her hand at hard places: she will not stub her toes in the dark. . .
He fills her brim full with immensity of life:.. (p. 117).

Finally, in the Eastern Orthodox Lenten service, the soul is pictured as a coin that has been marred with the dirt of sin, and no longer reflects the image of the glory of God or the “real self.”  As we repent and obey, the image of God in us shines brighter and brighter.

O Savior, I am the coin marked with the King’s likeness, which Thou hast lost of old. But, O Word, light Thy lamp . . .and seek and find again Thine image.